“Joanna has terrific editorial and business acumen and has emerged as a strong leader during her 10 years at Hearst, both within the organisation and the media community,” said president and CEO Steven R. Swartz, in a release. 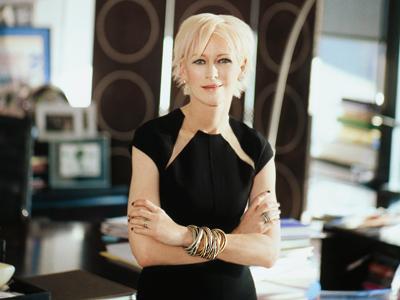 The move comes after 10 years at Hearst for Coles, where she has been editor-in-chief of Cosmopolitan since 2012 and editorial director of Seventeen since 2014. In this new executive role, Coles will report to Hearst Magazines president David Carey, who said the former Cosmo editor was “a powerhouse modern editor—she has strengthened the thought-leadership of Cosmopolitan and established deep relationships with major players in advertising, technology, entertainment and government,” according to the release.

“I’ve watched Joanna lead Cosmo,” Carey told the New York Times, “and the whole time, I thought she could make an even bigger impact.”

In her new role, Coles will help Hearst work closely with editors all over the world. She will help identify new development opportunities and work to extend Hearst brands into television, live events, and other new businesses, including collaboration with the digital media division.

“This is a truly dynamic moment for magazine media, and the opportunities are endless,” Coles said. “I’m excited to work alongside the extremely talented teams across the company to come up with new businesses and brands, new collaborations and partnerships, and new ways to engage our audiences around the world.”

Coles joined Hearst in 2006 as editor-in-chief of Marie Claire. Prior to that, she was the New York bureau chief for The Guardian and a columnist for The Times of London.