Here is an overview based on data collected by Parse.ly that shows which users referred from which sources (if at all) engage the longest with any given content. Social media doesn’t fare well according to these findings: “Perhaps unsurprisingly, we learned that social referrals led to the fewest seconds of engaged time (57 seconds per post)”, Parse.ly concludes. 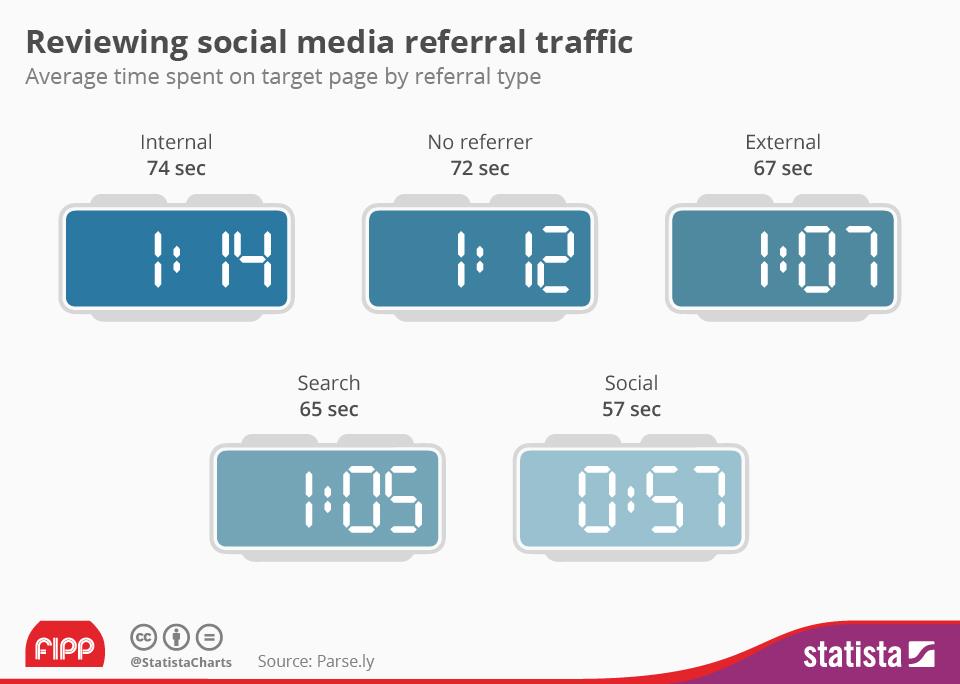 Chart of the week: Reading big on the young agenda