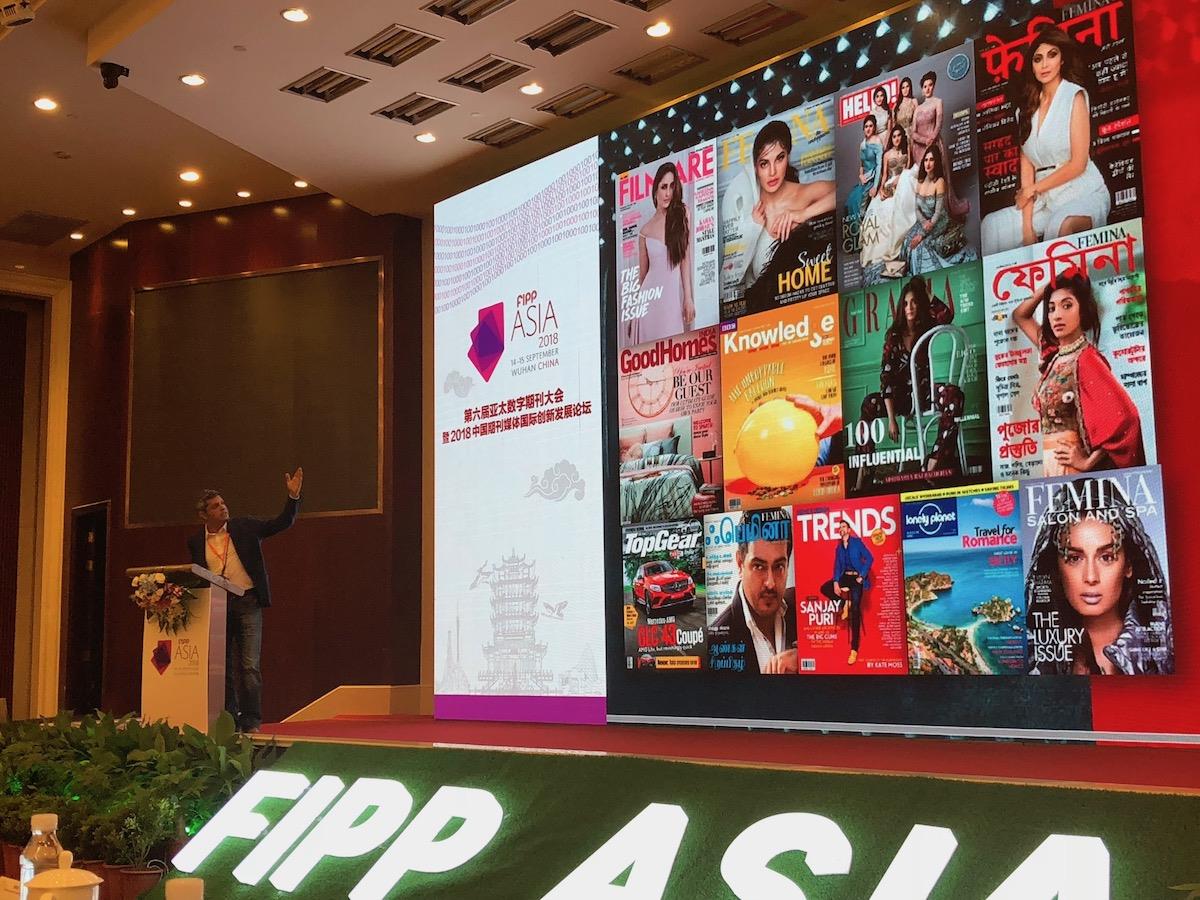 Worldwide Media consumer magazine titles include iconic titles such as Femina, Femina Hindi, Filmfare, BBC Top Gear, BBC Good Homes, Hello!, Grazia and Lonely Planet. Three years ago the business was based on selling ads, churning out printed magazines and selling them by the millions. Business was not bad but those in the know knew it could be better.

Then, in January 2015, Deepak Lamba was appointed CEO with clear instructions: digitise the titles and find more revenue streams.

At FIPP Asia he talked delegates through the process, describing it as “a rollercoaster ride” and admitting: “It was like changing the wheels of a moving car”.

Today Worldwide Media is unrecognisable from what it was three years ago. In 2015 they reached 6.63 million readers through printed titles. The only other platform employed by the company was the Filmfare awards, linked to the Filmfare magazine title, which reached 62 million people through televised broadcasts.

As CEO, he said, his point of departure was for everyone to agree that they would not think of themselves as a magazine company any more. The focus needed to be transformation to a multi platform business.

“The transformation strategy was straight forward… Divorce brands from (legacy) platforms! Be platform agnostic.” He said everyone had to understand that content needed to be created fit for each platform, embracing social media to boost web traffic, creating videos for Youtube or television and hosting events.

To illustrate the success they managed to achieve in one title over only two years, Lamba shared engagement statistics of one of their most iconic brands, Femina. While readership numbers for the printed magazine remained steady between 2016 and 2018 at just over 1 million, monthly unique visitors on the website increased from 0.3 million to 5.6 million – a 1,768 per cent “explosion”. Similar increases were witnessed for Facebook, Instagram and Twitter followers. 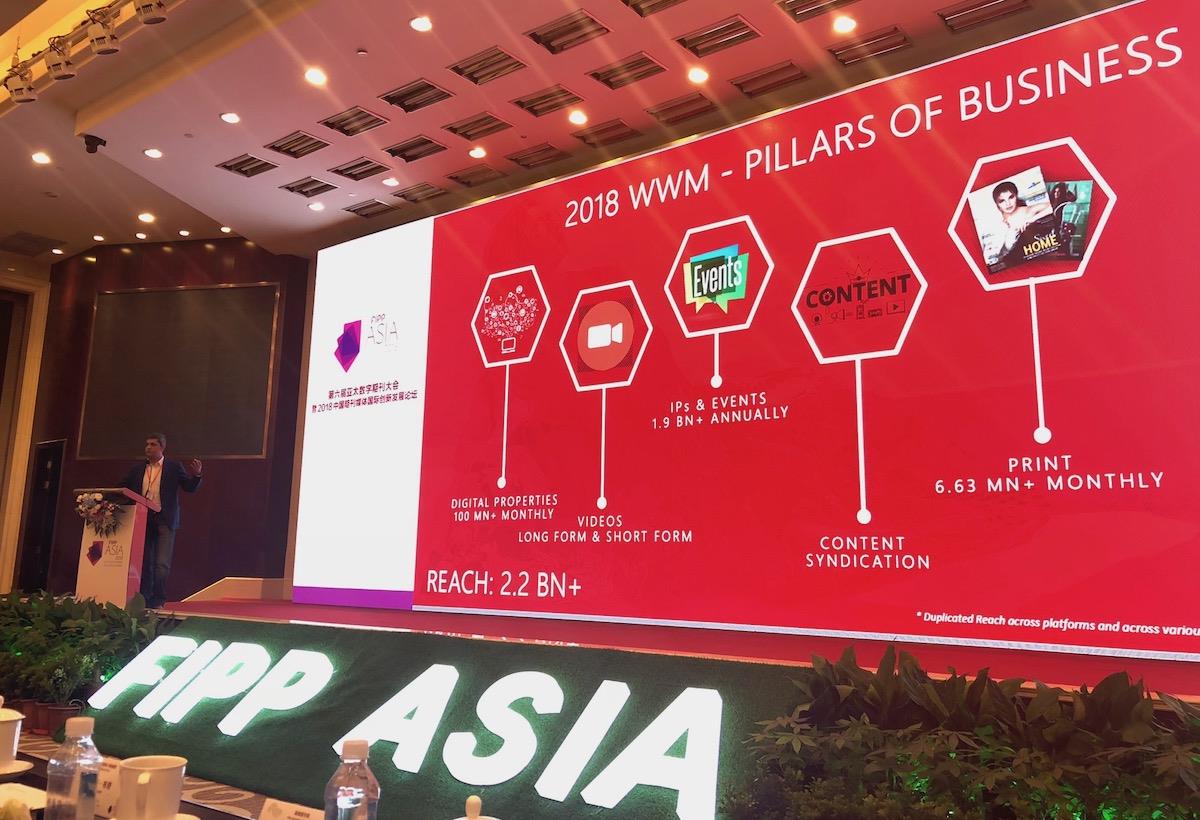 These huge increases in the reach of their digital properties have made it possible to offer large multinational advertisers, multi-platform campaigns, some of which have been so successful – and hugely profitable – that they needed to create micro-websites to accommodate additional content. Some of these campaigns included popular blogs and long and short form videos, even by using influencers. Reach numbers on behalf of advertisers on some campaigns jumped times through the various avenues of digitalisation.

Events, said Lamba, has become a huge part of their business given that so much of the activities are also broadcast on television, they now reach 1.9 billion people annually through events. Apart from the well-known Filmfare events – “the Oscars of India” – other titles are jointly responsible for 50 marquee events across 10 cities annually, including events such as the Femina Women Awards, the BBC Top Gear Awards and the Hello! Hall of Fame.

Some included partnerships with the likes of Facebook and Twitter, such as the ‘Filmfare Live’ partnership with Facebook. A booth was set up on the Filmfare red carpet to interview celebrities. These short clips were shared on Facebook, which resulted in 23 million video views in just three days.

Lamba said his key tips for transforming a print business to a multi platform business are:

To be uniquely different – and grow newsstand sales