Chart of the week: Free access is the most common pay model for all media

Free access is still the most common pay model for all media types, particularly for digital-born media, while hard paywalls remain extremely uncommon.

According to the Reuters Institute of Journalism, nearly all content from digital-born outlets is free. Out of the 212 news organisations analysed across seven countries, only two digital-born/digital-only outlets operated any type of paywall, up from just one in 2017 when the study was first published.

Newspapers provide more of a mix of options when it comes to paying for content, with about a third using a metered paywall and another third employing a freemium model. The study also found that the freemium model was much more common at European outlets than American ones, with the US being dominated by metered paywalls.

Overall the number of newspapers operating some type of paywall is up slightly from 2017, going from just around 64 per cent of outlets to 69 per cent. As different media adapts to the digital world many are now experimenting with the right mix of revenue streams for their business. 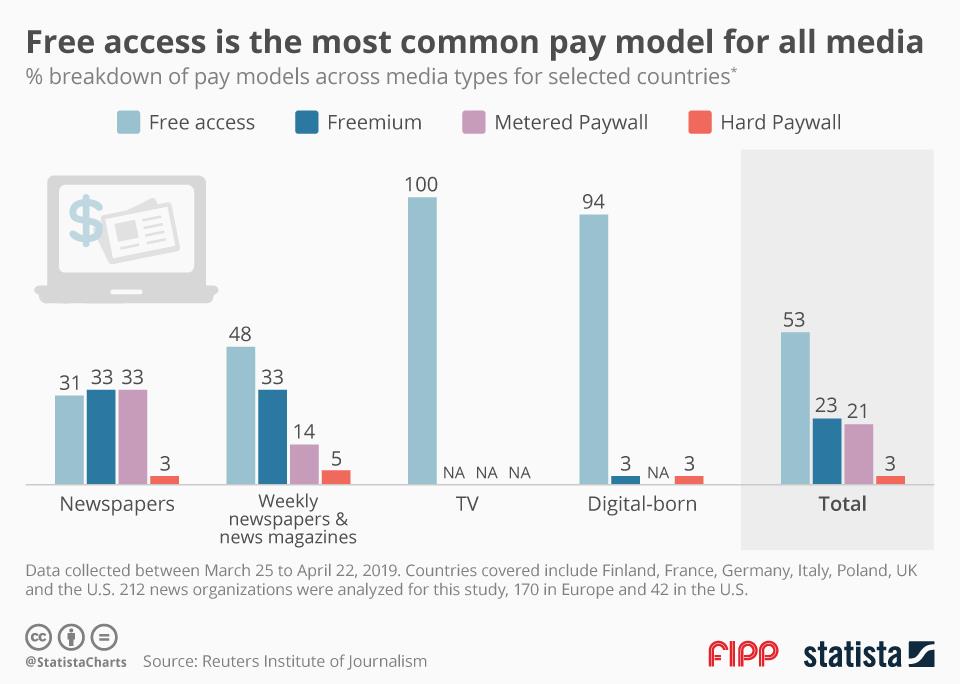 Chart of the week: Is the future of podcasting in the ad business?

Chart of the week: Instagram’s referral traffic has sky-rocketed

Chart of the week: Where Europeans are plugging into podcasts