Total magazine industry Followers/Likes on Facebook, Twitter, Instagram, Google+ and Pinterest combined has reached  1.1 billion, up nearly five per cent versus last quarter. The Social Media Report is based on data provided by SocialFlow, exclusively for MPA, and reports on 200 magazine brands across 37 companies. 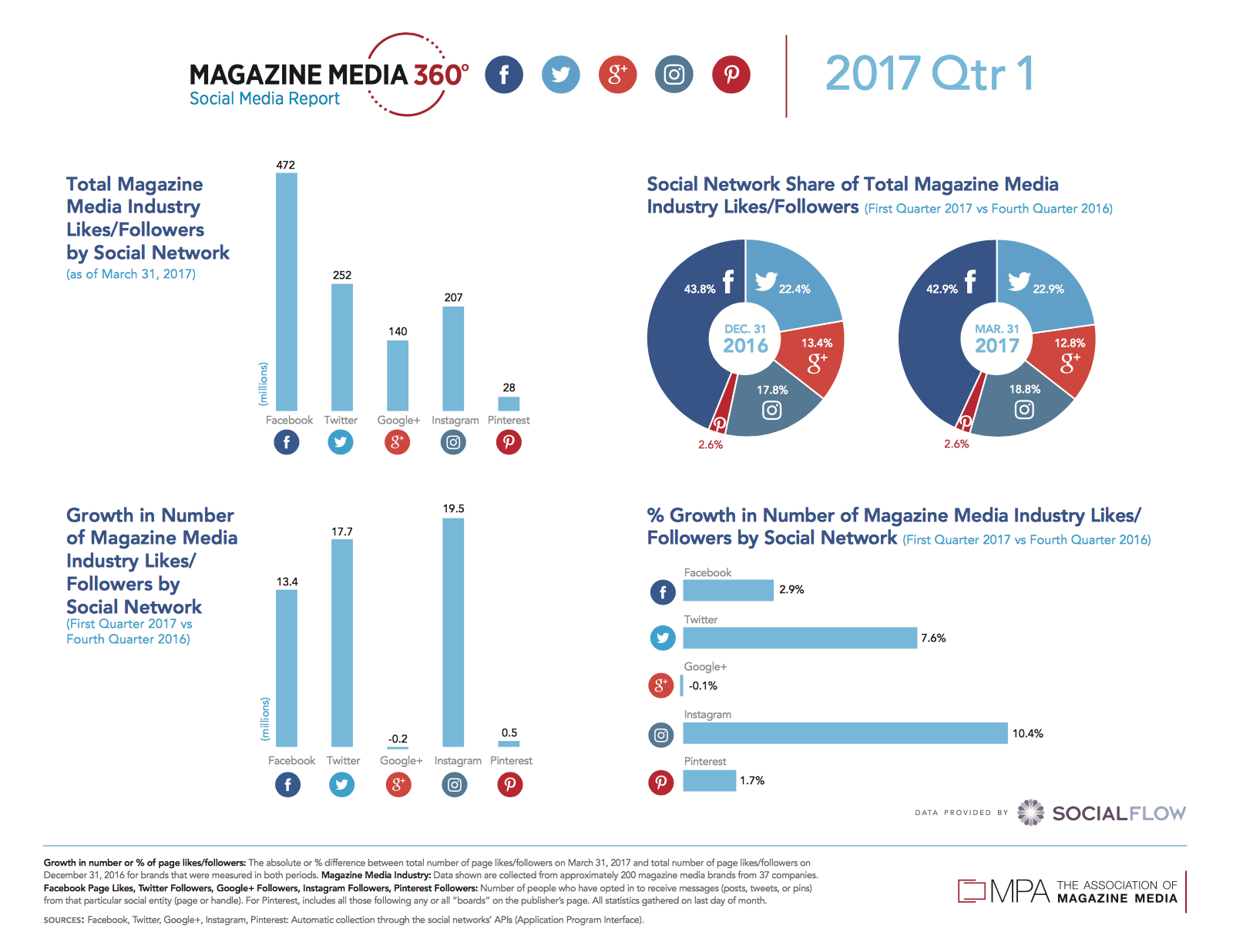 Facebook continues to lead magazine brands’ social media efforts with a 43 per cent share among the five networks tracked, and more than twice as many Likes for magazine media pages than Twitter Followers of the same brands. However, this is the sixth consecutive quarter that Facebook’s growth rate has slowed versus the prior quarter, likely due to the sheer size of the platform. A year ago, Facebook was tracking at 6 per cent growth in number of Likes quarter-over-quarter, but in Q4 2016 it is at +3 per cent versus the prior quarter.

Instagram is the fastest growing of the social media platforms for magazine media (+10 per cent quarter-over-quarter) and surpassed all of the other reported social networks in total Likes/Followers added among magazine brands participating in the Social Media Report. Instagram added more new Likes/Followers this quarter (+20 million) than did either Facebook or Twitter (+14 million and +18 million respectively). For perspective, the other two social media in the report—Google+ and Pinterest—added only 500,000 new Likes/Followers combined and posted flat percent changes quarter-over-quarter. Pinterest holds the smallest share of Likes/Followers of the five networks tracked at less than three per cent.

While Facebook remains the dominant social media network among more than half of the magazine brands tracked, there are noticeable editorial categories that rely strongly—and even primarily—on another network for their social media base, such as Twitter for the categories of Business & Finance, Spectator Sports, and Health; Instagram for Travel, Popular Culture, Adventure & Outdoor Recreation, Participatory Sports, and Women’s Fashion & Lifestyle; and Pinterest for Shelter and Women’s Service. 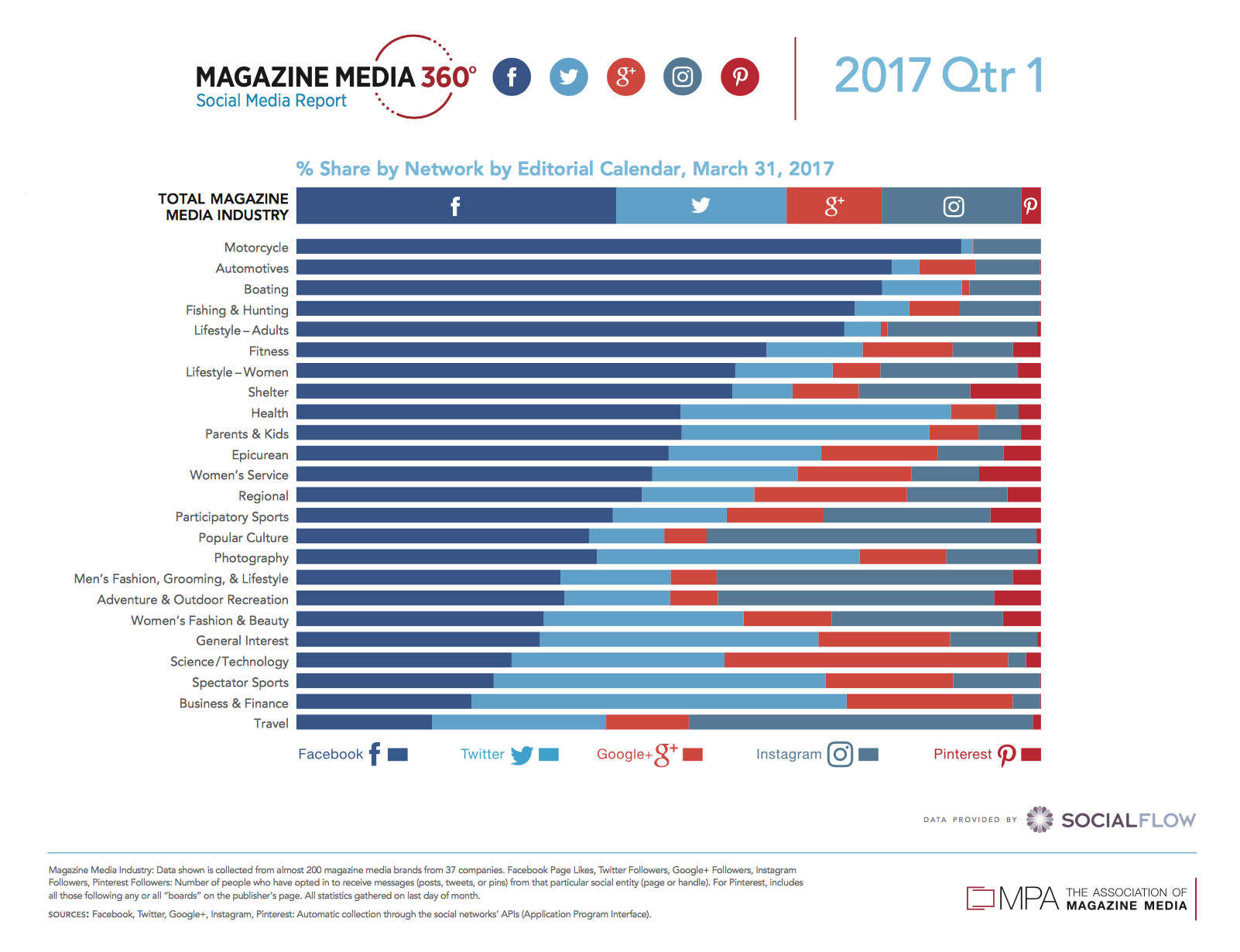 To see the infographic summary which includes the Top Ten lists, click here.

Chart of the week: which social media channels digital marketers rely on

Magazine covers: does controversy sell in the social media age?