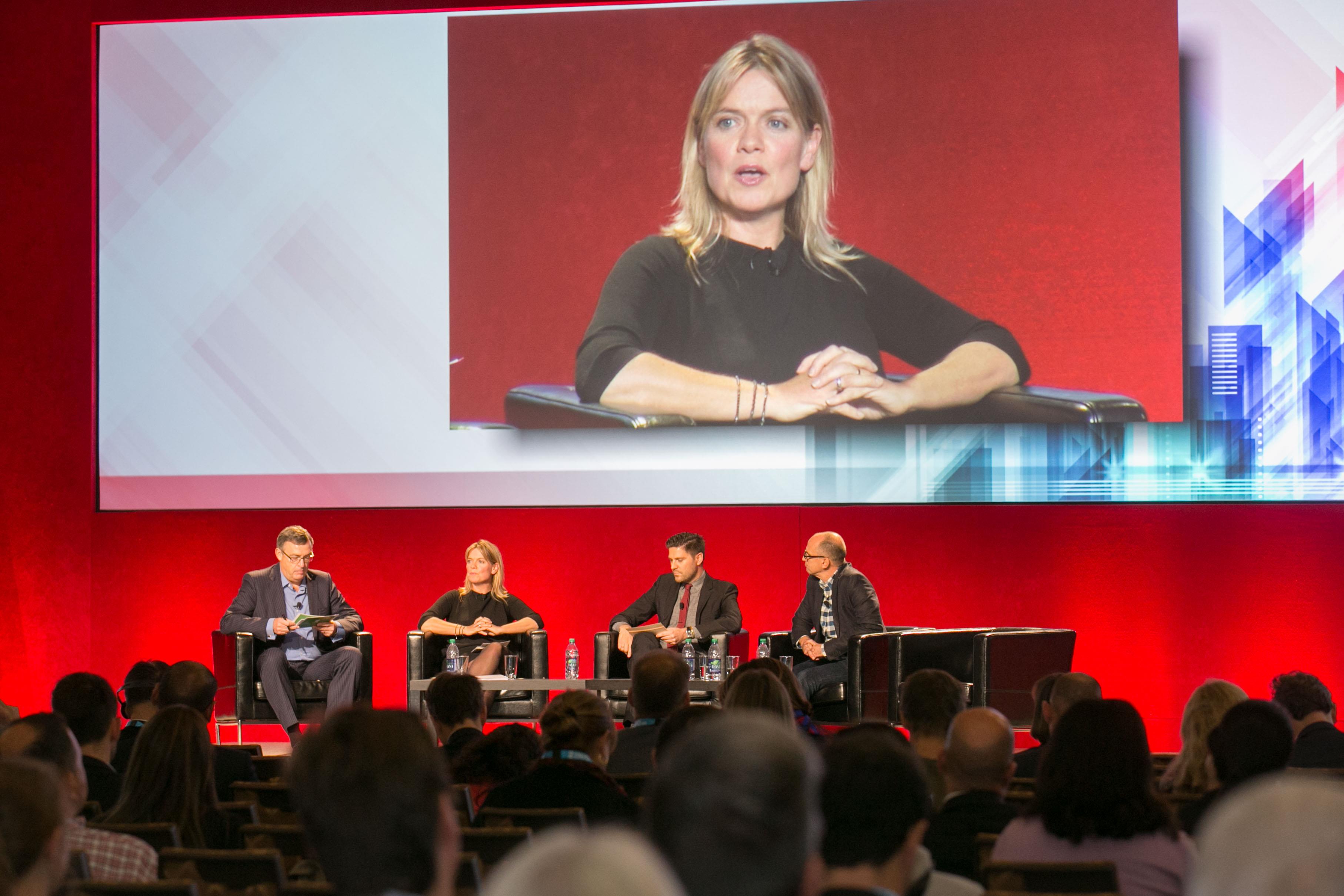 While mainstream magazine titles may be in decline in terms of sales, there is an abundance of innovation and growth in print in the independent sector. And this is superbly illustrated by the Dutch based company Flow Magazine. Joyce Nieuwenhuijs, brand director, Flow magazine (Sanoma), described the company’s journey.

Nieuwenhuijs attributes the success of the brand to the vision of its entrepreneurs who have a clear vision for the way the company will evolve – “thinking big yet starting small.” Flow has built up a loyal and passionate audience in many territories, and now publishes English, German and French editions as well as the original Dutch one.

Nieuwenhuijs explains that Flow has been bold in its approach. “In spite of declining advertising revenues,” it has expanded its remit to deliver notebooks, gifts, calendars and a whole lot more, she is also a big believer in the power of paper, rather than it being in decline she stresses that “Flow is conquering the world and has huge untapped potential.”

Providing stark contrast with the independent growth of Flow Magazine Dan Wakeford, deputy editor, People and people.com, USA talked about how the highly mainstream magazine continues to be hugely successful in the US. “One in five Americans read People,” he claims “celebrating its mix of ordinary people doing extraordinary things, and extraordinary people doing ordinary things.”

Wakeford confirmed that “revenue mainly comes from print and that we are number one in gross newsstand in America selling 3.5m copies each week. Our market share is up three per cent in three years and we have a growing licensing business including People Germany.”

The third panelist, James Oseland, is editor-in-chief, Organic Life (Rodale), in the USA. He explained that the magazine was a relatively new launch – it is only four months old – “which seek to attracts anyone who is interested in organic things, and that is organic with a small o.”

“2015 is a surprising time to launch a print magazine” admits Oseland “but we did it and it seemed like the right thing to do now. Rodale started in the 30s and organic is in the DNA of the company. Oddly there was no mainstream magazine in North America that covered organic, so we created a magazine that is a handbook to living naturally in the modern world.”

In spite of its digital offering – Organic Life is a multi platform brand with a website that boasts 1.5 million uniques per month – Oseland says that the title is ‘first and foremost a print magazine. Only by using print could we create something as intricate and diverse as the features we produce.’

He cites the magazine’s Almanac section – which is a back of book service that Oseland describes as being “full of fun stuff printed on newspaper stock,”  – as an example of the genius of print.

Following the detailed profiles van den Berg then asked the panel where they thought print would be in five years time.

Nieuwenhuijs argued that it was wrong to write off paper. “More and more, paper is shifting from being just a commodity to being a gift. It feels more and more like a luxury; like you’re pampering yourself. Gradually everything from paper starts to have additional value. And therefore we know for sure that paper will never disappear. Print can be a luxury item for people who want things to move slowly. It offers a very real change from reading digital products, giving people’s eyes a break.”

Wakeford stressed that print magazines offered consumers a unique experience, one that was hugely popular with its audience. He said that in spite of the growth of digital print has a long and important future. Oseland agreed highlighting how paper has changed. He said that Organic Life is printed on paper that is sustainable, and that the company has actively sought paper stock that came from trees in sustainable forests or paper that was recycled. “It became an easy decision for us. The kind of paper stock that exists now is extraordinary, now that is an interesting part of the story.”

Finally van den Berg addressed a key question from the audience on the pricing and availability of paper stocks.

“UPM had to transform ourselves,” he says. “I believe strongly in sustainable paper as a medium. There is no doubt about the demand and lots of competitors are of the same opinion. Our CEO said recently – paper will be a good business again and I think he is right.”

The role of the editor: what’s changed and what’s next?