Fake news, media scandals, changes at the top, market disruption and consolidation… there will certainly be no shortage of discussion topics when the FIPP World Media Congress rolls into Las Vegas this November.

The US media industry is in the spotlight for all manner of reasons. As Linda Thomas Brooks, president and CEO of MPA – The Association of Magazine Media, and chair of this year’s Congress, explains, that was just one of the reasons to choose the States to host this year’s event. 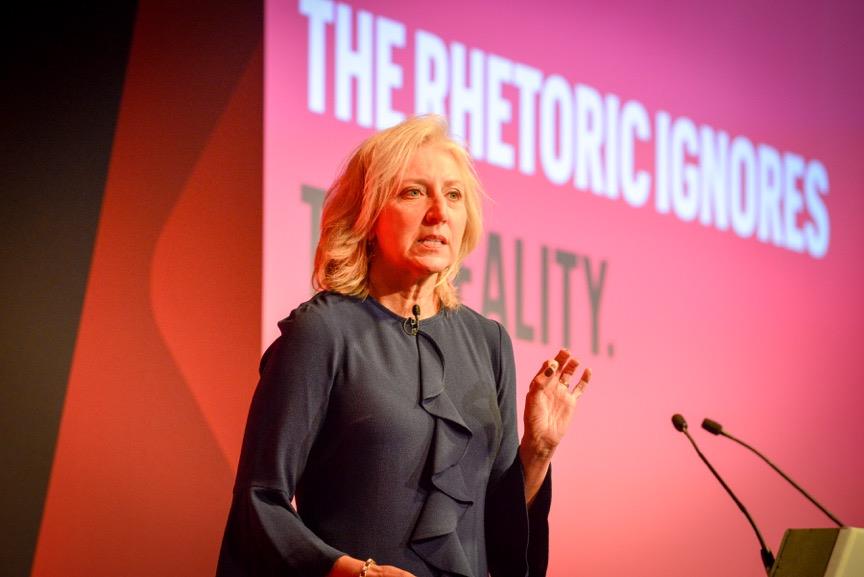 “The US in particular has seen so much change and evolution in the media ecosystem recently – and in such a big way,” she says. “In such a fast-moving market, a lot of our companies are having to try new things right now. They are innovating in a big way and so it’s a fantastic opportunity to share those stories.”

FIPP president and CEO James Hewes agrees it’s an exciting time for the Congress to visit the US: “We haven’t held Congress in the US for a long time and given the amount of change there has been in the US market in recent years – we’ve seen CEO changes at pretty much all of the major publishing companies and a couple of big mergers too – it’s an exciting time to go back.

“The other factor is that almost every business is now multi-platform across lots of media. The west coast is a massive player in that,” he continues. “There is a huge number of digital businesses there, not just broadcast entertainment, and we want to tap into those as part of the Congress.”

Hewes also agrees there will be plenty of topical issues on the agenda of this year’s event. “I’m certain there will be a big focus on consolidation in the market – the merger and acquisition activity that has taken place in the market and the impact of that over the last two years or so. The issue of people – talent and workplace culture – is always an important topic, so we’ll certainly look at how businesses can keep staff motivated and train them to adapt to market changes. And the big operational discussions will be around digital subscriptions and paywalls – an issue which the US has very led on with newspapers but which is now a major issue for many magazines too.”

Among speakers already signed up to share their industry experience and insight at this year’s event are leaders from brands including Meredith, Time, Monocle, Axel Springer and Condé Nast.

Liz Vaccariello, for example, editor-in-chief of Meredith’s Parents magazine, a 2.2 million rate base title, will invite attendees to ‘Meet the Parennials’ – the millennial parent demographic whose unique characteristics separate them from previous generations. Canadian entrepreneur and media innovator Tyler Brûlé will share the story of London-based Monocle and the importance of independence to its development. While Clarissa Moughrabi, head of market research at Axel Springer in Germany will consider how ‘conscious reach’ sets magazine media apart from the rest.

While high-profile speakers are of course important to any industry conference, Thomas Brooks says this year’s Congress, which will bring together more than 800 international attendees over three days, will offer much more than “just interesting case studies” from industry leaders.

“I think it’s really important that all attendees have the opportunity to network with their peers, share ideas and learnings, and make contacts that might enhance their own working life or their businesses going forward,” she says. “The Congress should be part business-school seminar, part motivational and part therapy session. People get so much out of that information sharing and from those conversations.”

Hewes agrees, and says providing a platform for people to network and connect is vital. “With all of our events, we have two very firm objectives in mind. The first is that you should learn something new and the second is that you should meet somebody who can help your business,” he says. “That’s certainly what we’re setting out to achieve with this year’s Congress in Las Vegas. With the conference agenda already packed with great speakers and great networking opportunities, it’s safe to say we’re well on track.”