FIPP and UPM’s Rising Stars in Global Media Awards celebrate exceptional young talent within the international media industry, in any discipline. Read more about who can enter the 2017 Awards, and how to enter, here (entries are free). The top three winners will be invited to speak at the 41st FIPP World Congress, taking place from 9-11 October 2017 in London, the UK. 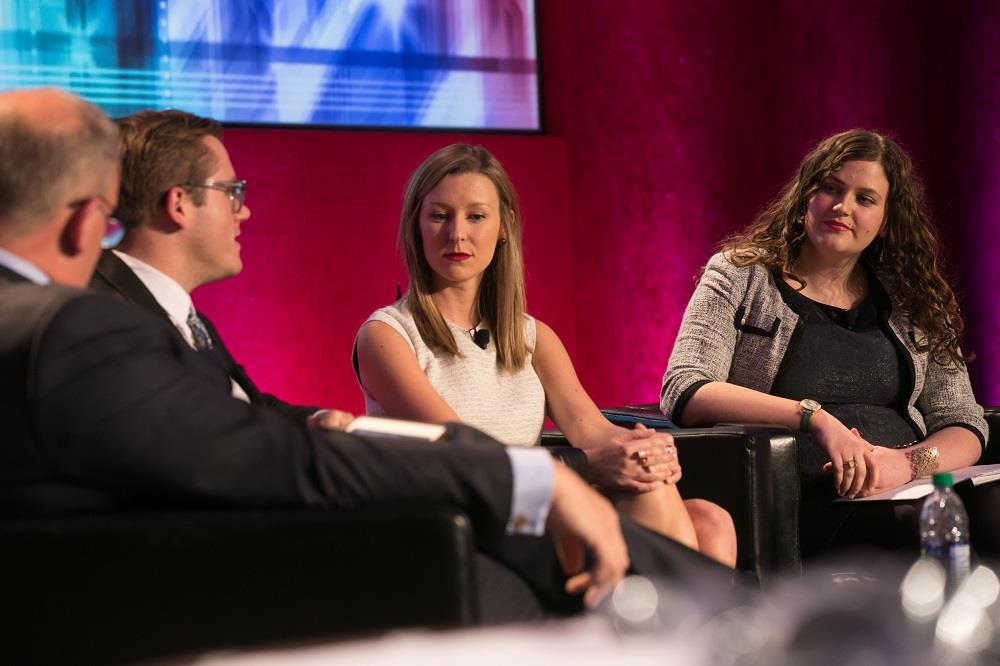 Above: Francesca, far right, participating in the Rising Stars in Media panel at the FIPP World Congress 2015

Francesca was awarded as a Rising Star in 2015, a year after she joined Immediate Media Co. in the UK. “At the time I was working as marketing and events executive of the wedding and parenting brands at Immediate Media. I worked across several titles, managing awards and events activity, as well as magazine promotions and partnerships,” she recalls.

I have had great career development opportunities at Immediate Media; in May 2016 I was promoted to group marketing manager for the parenting brands, MadeForMums and Junior, and since October have been marketing manager for Radio Times – the UK’s best-selling quality magazine. It has been an enlightening transition, growing my experience from my roots in print marketing and events, over to digital marketing, and now on to the company’s biggest brand – it’s the first time I’ve worked on a weekly print title!

Biggest changes in the media since you were a Rising Stars winner?

What really caught my attention at the FIPP Congress (in 2015, which Francesca attended as one of the three winners) was the creative ways in which media owners and brands have been diversifying their business models. Since joining Immediate in June 2014 I have seen the company evolve from a predominantly magazine media business, to incorporate the online wedding planning marketplace hitched, and its own television shopping brands, Jewellery Maker and Sewing Quarter.

Top trends that excite you for the future?

I have been interested to see the growing trend of media brands using experiential events as further ways to engage with their audiences.

Recently I have worked within a team delivering the first BFI & Radio Times Television Festival – a weekend of over 40 events, including interviews with some of the biggest actors and creative talents in television, from Tom Hiddleston to Maggie Smith, and many more. The festival gave readers exclusive access to the casts and crews of their favourite TV shows, transporting them from the small screen to the cinemas and stages of the British Film Institute (BFI) on London’s Southbank. It was rewarding to witness how passionately our audiences grasped the opportunity to listen to and ask questions of their favourite television talents, writers and producers!

In my role on our Parenting Team I was given the brief to bring MadeForMums, one of our digital parenting brands, to life at The Baby Show, where it was the headline sponsor: a few months later the ‘MadeForMums Buggy Testing Track’ was born! The track gave parents-to-be the opportunity to test drive a range of buggies on a variety of different terrains such as on kerbs, slopes and uneven surfaces before they purchased their buggies, with the MadeForMums team on hand to give expert advice. The track showcased the expert knowledge of baby products available on MadeForMums, and translated its web pages into an interactive experience. 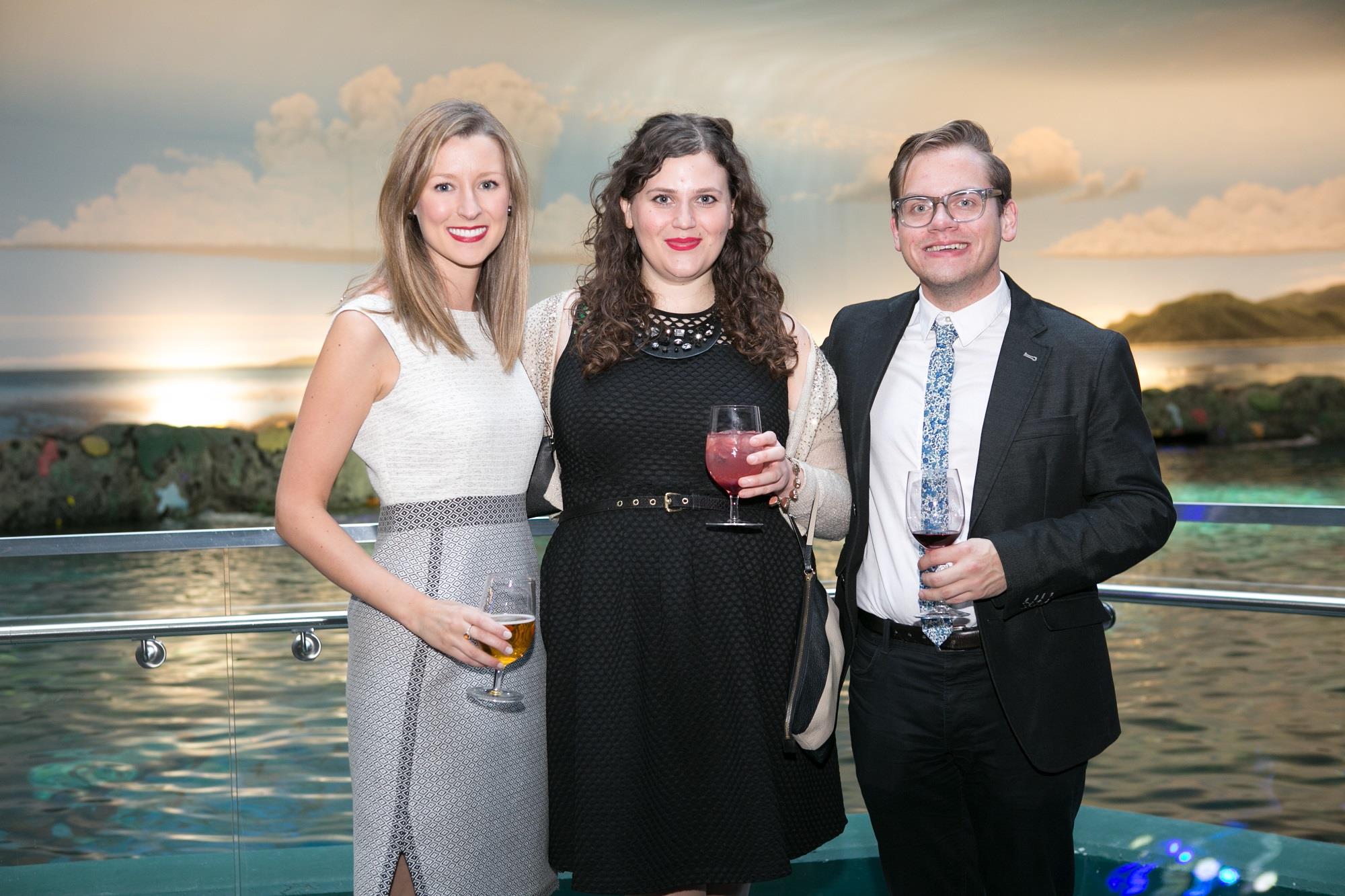 The introduction of Facebook Live has been a reminder of the value of both social media and video as important engagement tools. The MadeForMums team host regular Facebook Live sessions, engaging with their audience in real time; keeping them up-to-date on the latest news, products and reviews! At Immediate Media we have seen investment in new technology, as well as teams, to support the growing need for high quality video content, and I’d say this mirrors the media environment as a whole.

People you admire in media and/or related industries?

A businesswoman I really admire is Fany Péchiodat, CEO of My Little Paris. What started from her email to 50 friends recommending her pick of the best Parisian restaurants and shops has evolved rapidly to where it is today: not only a website with millions of followers but also a portfolio of apps and websites, together with other creative brand extensions. Her company’s My Little Box subscription box is a monthly delivery of lifestyle and beauty items, tailored to the interests of its highly engaged audience. It’s a clever business – although it has expanded to stretch across continents, it still embodies the integrity and detail of its infancy: with content – and Fany Péchiodat’s influential musings at its heart – a great success story! I’ve been a subscriber to the newsletter and My Little Box for over two years!

Advice to others starting to make their mark in media?

Think creatively. Be brave: don’t be afraid to speak up if you have new ideas! Use all the tools at your disposal to help you learn! Don’t forget to read around your discipline and keep up-to-date with the latest trends. To prepare for my trip to Toronto, and before speaking on the FIPP Rising Stars panel, I used the online resources at FIPP, read articles in marketing publications and met with several senior people from around the business to learn more about my company and the whole industry, including Immediate Media’s CEO, Tom Bureau.

Why should they enter FIPP and UPM’s 2017 Rising Stars Awards?

I wouldn’t necessarily have thought to enter the FIPP Rising Stars Awards, were it not for the suggestion and endorsement of my publishing directors – but I am extremely glad I did! The whole process has taught me a lot about the industry and given me confidence in the work I do, reinforced by everything I learned, not only at the FIPP World Congress in 2015 itself, but also in the process of applying. My advice is ‘Go for it!’

Read more about who can enter the 2017 Awards, and how to enter (it’s free), here. The top three winners will be invited to speak at the 41st FIPP World Congress, taking place from 9-11 October in London, the UK.