Native advertising will “truly scale and increase in creativity as well as transparency in 2017” writes Tine Brødegaard Hansen, editor-in-chief of the Native Advertising Institute (a member of FIPP) in her introduction to the Institute’s Predictions for Native Advertising in 2017 report. She stresses that reaching the right audiences on the right platforms will be no easy task in an increasingly fragmented media landscape. 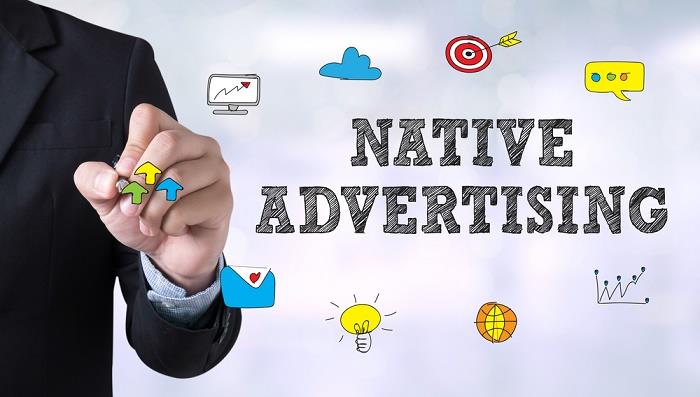 Hansen asked several media experts to contribute to the report in an attempt to make sense of what the major trends might be for native advertising in the coming year. Here’s what they had to say:

This is the prediction of Eric Fulwiler, executive director at VaynerMedia in London. He says native advertising is creating content that’s relevant to audience and adds value. In 2017, he expects native advertising to go “mainstream” much like digital media did in the 2000’s and social media has in the 2010s. “Smart marketing understands where consumer attention is, and where it’s undervalued by the marketplace at large. Native is one of those places and there’s a huge opportunity for smart, rational marketers to take advantage of it in 2017.”

Mobile display ads will be replaced by native ads

Alberto Mari, country manager for online advertising specialists Outbrain in Italy, believes online users are less inclined to engage with display advertising and are asking for a better and cleaner user interface, especially on mobile. “At the same time platforms such as Google and Facebook are promoting mobile pages with a cleaner layout to enhance user experience. This, combined with the gradually lower performance of display advertising, will lead to a progressive disappearance of display on mobile. During the course of 2017, I expect we’ll start seeing publishers remove all display ads from their mobile pages and monetise exclusively through native advertising instead.”

Programmatic native video will take off

Facebook has proven that in-feed video across devices (with sound muted by default) can be a powerful distribution technique, says Chad Pollitt, co-founder and vice president of digital magazine Relevance. To date, this has been sparingly utilised but it represents a huge opportunity for networks, publishers and brands. He expects programmatic native video solutions to take off in 2017.

In 2017 the growth of native advertising will be driven by dual forces: creativity and technology. This is the prediction of Tanja Zu Waldeck, managing director at the leading digital publishing house BurdaForward Advertising in Germany. ³Creativity gives relevance to the messages of advertisers for the right audiences. And technology adds scalability.²

She predicts that the biggest sea change in 2017 will be technological changes that enable advertisers and publishers to easily target the right audiences. These technologies will also tailor the right teasers and content to audiences and distribute it quickly.

Melanie Deziel, branded content consultant at the native advertising industry newsletter, The Overlap League says her hope for 2017 is to see more advertisers partnering with publishers using technology to bring their consumers into the company. “Live video, 360-degree video and virtual reality are now cheaper and easier than ever for publishers to produce and distribute for advertisers. (These technologies) present incredible opportunities to give consumers an experience – not just content to consume. Those advertisers who take advantage of publishing partners’ offers to do this will likely be able to create deeper and more personal relationships with their consumers and achieve an unprecedented level of transparency that those consumers really value.”

Social adverts on Facebook and Instagram are the frontrunners in the native advertising space, says Iliyana Stareva, senior channel consultant at inbound marketing and sales platform HubSpot. “In 2017, native advertising is completely moving to social media and video and is becoming absolutely necessary for companies who want to reach their audiences. With the mass of users and activity on them, you can no longer ignore those channels. The problem, though, is that there’s too much information on these channels. This is the reason why, if you want your content to be consumed, you’ll have to push it with native ads because otherwise no one is going to see it.”

Chart of the week: What audiences think about native ads