What you missed at the Digital Innovators' Summit

Last week saw more than 600 attendees from over 30 countries in Berlin for the annual Digital Innovators' Summit. If you weren't there, here's a taste of what you missed. 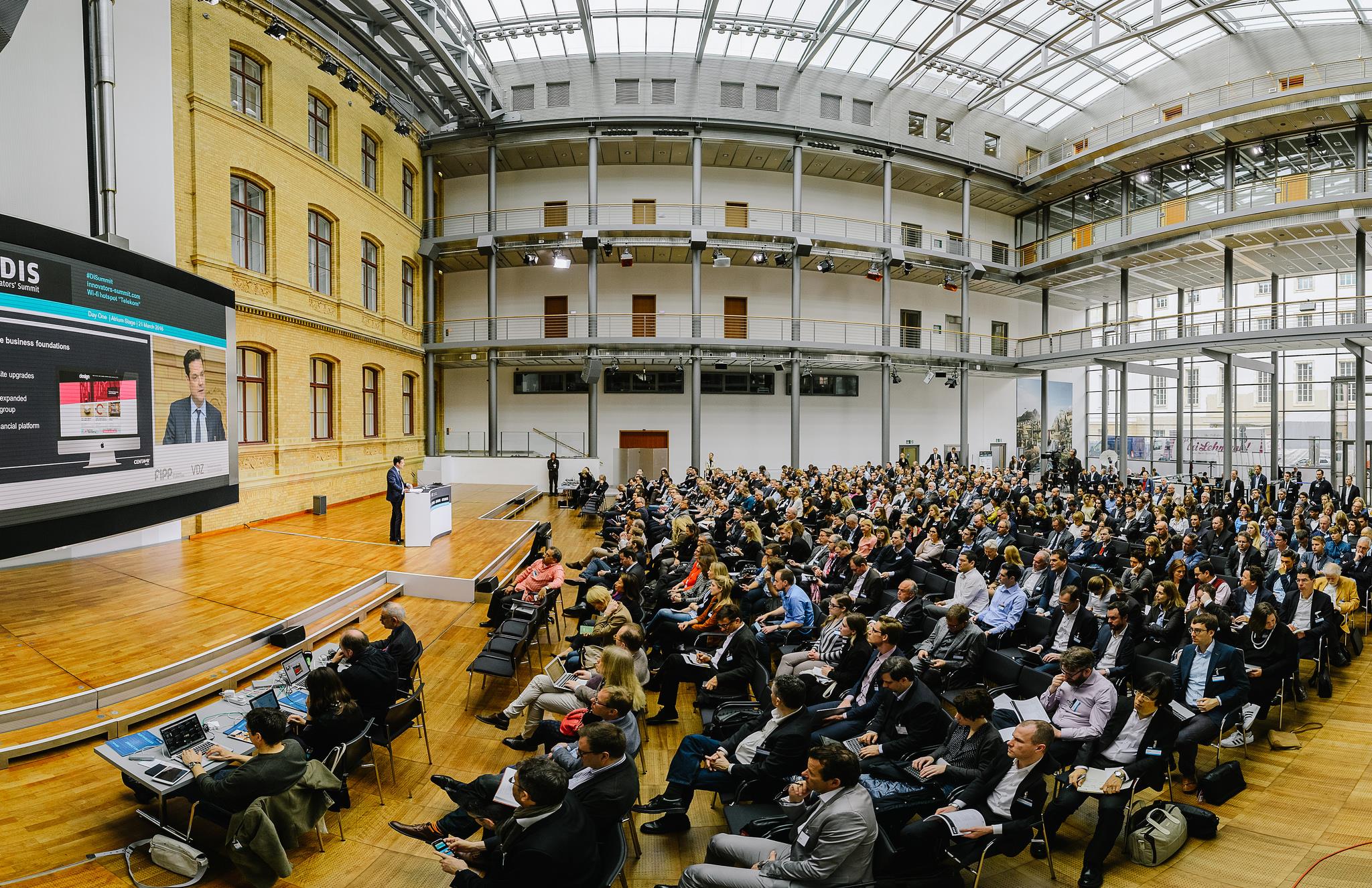 Stories from the sessions

Sam Olstein, director of innovation at GE, shared with attendees at the Digital Innovators' Summit how America’s digital-industrial giant GE is immersing itself in a communication revolution experimenting with new content strategies and manufacturing new consumer touchpoints.

2015 was the year in which distributed mobile media platforms rose to the top of many media exec’s ‘to investigate list.’ Experimental launches from Facebook, Apple and Snapchat were followed by an announcement by Google that it intended to speed up the mobile web by offering its own platform.

Virtual reality (VR) featured a lot at the Digital Innovators’ Summit 2016, whether as a topic for talks and discussion, or as an experience trying it out for the first time at the Jaunt stand. On day two of the event, Fellow and deputy director at the Brown Institute for Media, Tanja Aitamurto, introduced the idea of using VR and crowdsourcing to tell great stories in an intimate talk.

The New Yorker magazine is a 91-year-old publication with an enviable reputation for high-quality journalism. Yet as its editorial director, Henry Finder, noted, its association with print is both a blessing and burden.

Germany is in many ways the home of ad blocking. The leading ad blocking company Eyeo is headquartered here, and use of ad blocking systems are higher in Germany than in many other areas of the globe.

Kicking-off day two at the Digital Innovators' Summit, was Yulia Boyle, SVP international media at National Geographic Partners. It’s been 120 days since Nat Geo’s larger joint venture with 21st Century Fox, and as Yulia outlined at the beginning of her talk, the speed of innovation has accelerated massively for the iconic brand.

One of the key issues for many delegates at the Digital Innovators' Summit is how to deal with the problems caused by ad blocking? What can publishers actively do to recoup some of the revenue that they are losing? How do publishers regain communication with their readers? Should they talk directly to companies like Eyeo, which own the world’s leading ad blocking programme Adblock Plus?

Matthew Gerry, managing director of Weddings at Immediate Media yesterday shared at the Digital Innovators' Summit his commercial strategy to drive audience and revenue growth for the company and why the union of content, data and transactions is tried and tested proof of their new growth strategy.

“Distributed content and the rise of the social new platforms is the biggest change in the media in the past fifteen years.” So argues Stefan Betzold Managing Director Digital at BILD GmbH & Co KG. Yet how should media brands work with Facebook Instant Articles, Snapchat Discover and more?

Refinery29, the women’s lifestyle site, was born in 2005 in New York, and had a simple mission. It wanted to be the digital equivalent of the best neighbourhood you ever lived in.

The last few years have seen many of the world's key media brands, from The New York Times through to The Guardian, fundamentally change the way they operate. From seeking new revenue streams to building large digital and mobile audiences all have undergone major strategic shifts.

Russian luxury lifestyle brand Buro 24/7 attracts an impressive 5.8m global unique visitors and 17.4m global page impressions per month. With a presence in 10 countries and regions, and about to expand into Mexico and beyond, founder Miroslava Duma took to the stage at today's Digital Innovators' Summit to explain the brand’s expansion strategy.

Virtual reality is a technology whose time has finally arrived. The Facebook owned Oculus Rift headset is weeks away, while VR systems from Sony PlayStation and HTC (the Vive) are due in the stores imminently.

Artists, software developers, and journalists all come together at BuzzFeed’s innovative Open Lab in San Francisco. Digital Innovators’ Summit speaker Ben Kreimer works there as a Journalism Technologist, and was appointed the Open Lab’s first ever Journalism Fellow last year.

Centaur is one of the UK’s most significant media success stories of recent years. A company that was hugely reliant on both printed media and advertising revenue has, in a short space of time, re-invented itself and now boasts a strong portfolio of digital products, as well as a plethora of revenue sources.

The next FIPP event will take place in London on 10-11 May.